We're delighted to welcome coach Tom Bullock, from Paces, back into school this year to continue his sessions with the children. Our youngest children have settled into their sessions beautifully and our older children continue to work on their various sporting skills with great success.

Welcome back to Ed Owen, owner of the Charming Theatre Company who continues his drama sessions with our Key Stage Two children this term. It is lovely to see so many returners to this group and we're delighted to watch the drama as it takes place.

Another huge welcome back to Ryan, owner of Dynamic Dance, for our hugely popular Street Dance Club. This is another club where children want to come back time and time again to develop and extend their dance skills (ably 'assisted' by a number of teaching staff on occasion!).

We have been very lucky to receive a selection of sports equipment from the Premier League Primary Stars after taking part in a Nationwide sporting survey. We were one of the few lucky schools to respond super quickly and were rewarded with this fantastic prize! We were delighted to receive bibs, hoops, balls, beanbags and cones that we can't wait to put to good use in the coming months. 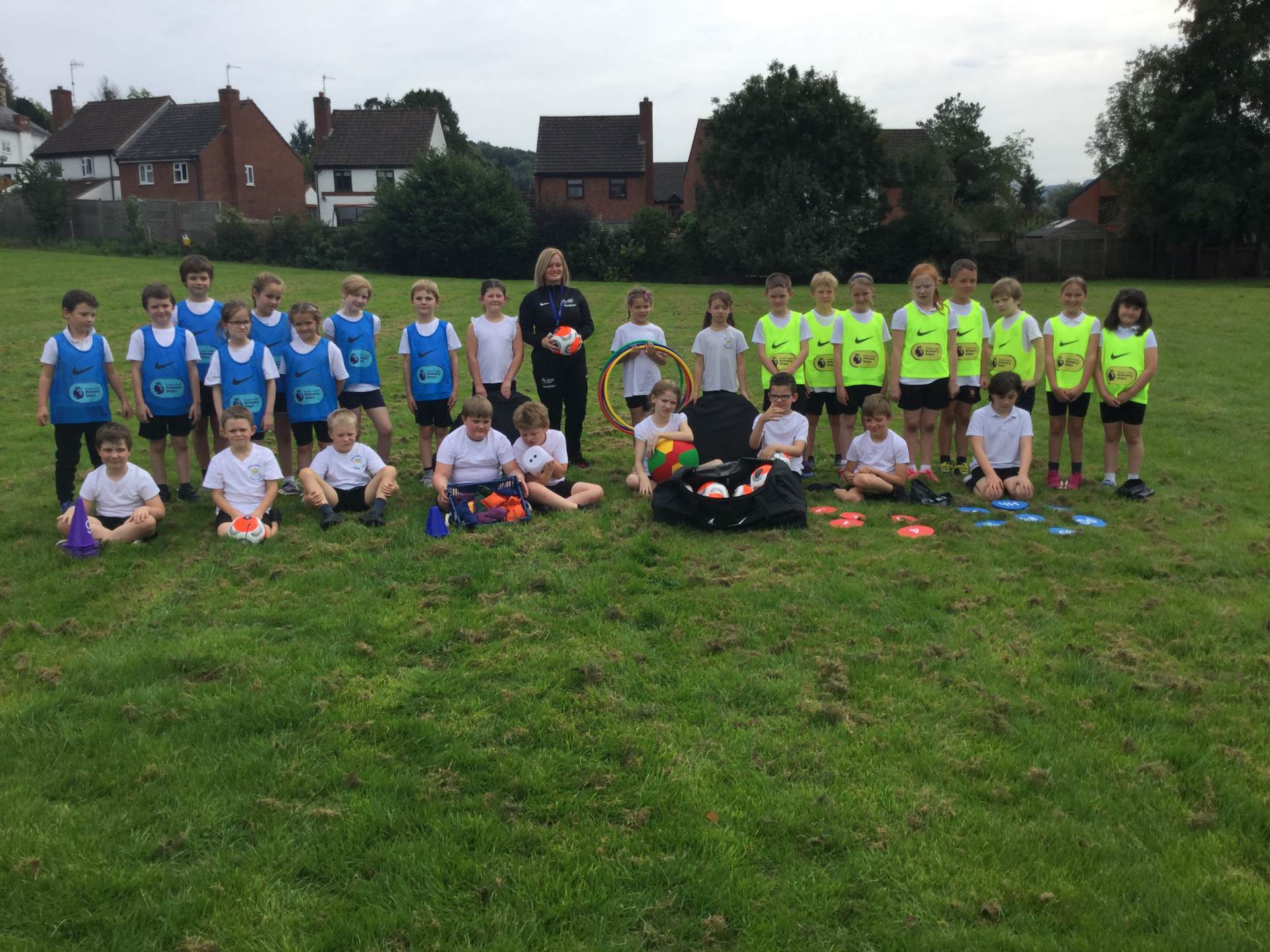 A huge congratulations to our netballers who took part in a Stingers match at Hereford Academy this week. Super teamwork was shown by all of the children who achieved a win, loss and a draw at this tournament. Many thanks to Mrs Motley and Mrs Booth for their coaching and support. 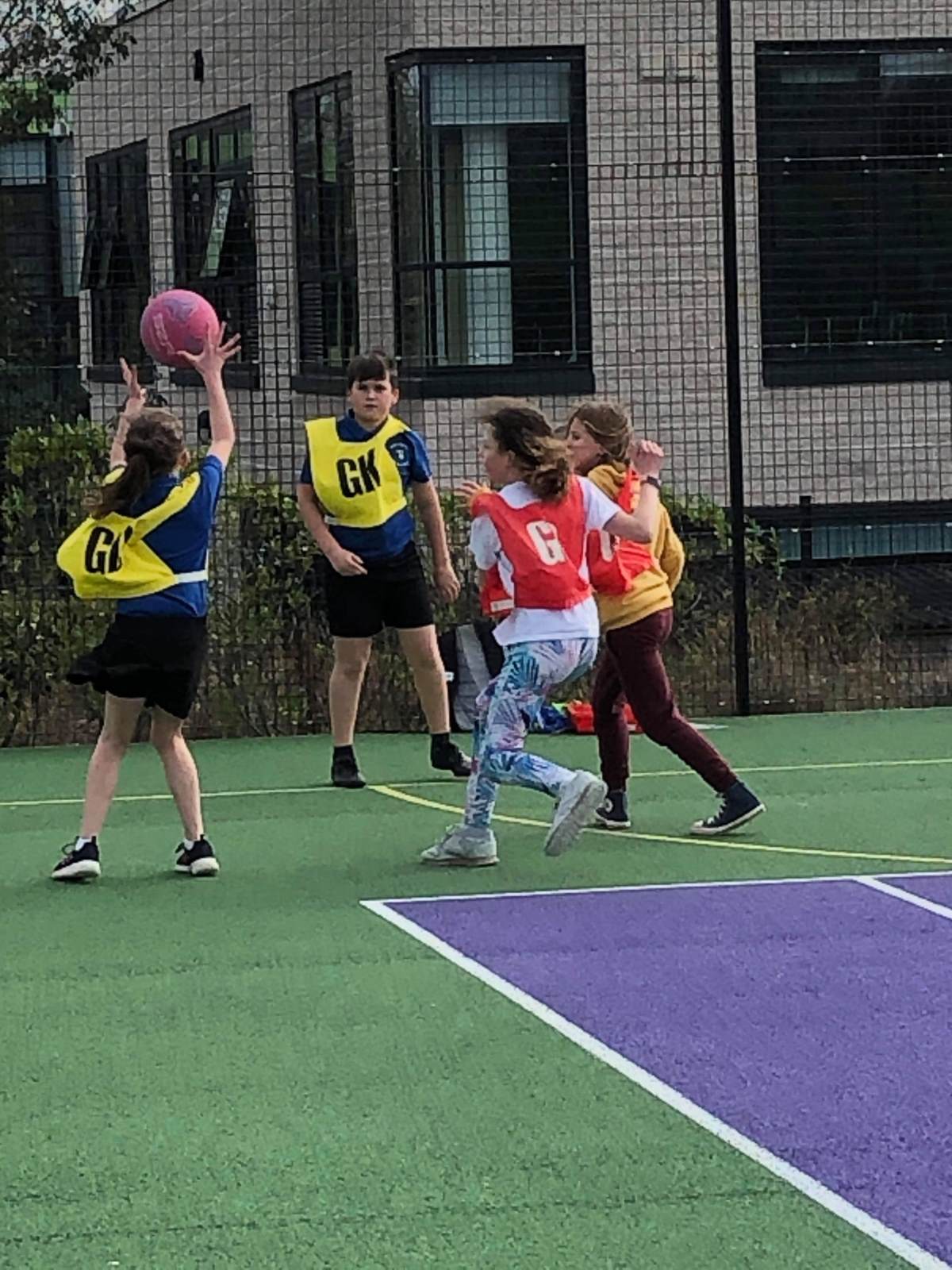 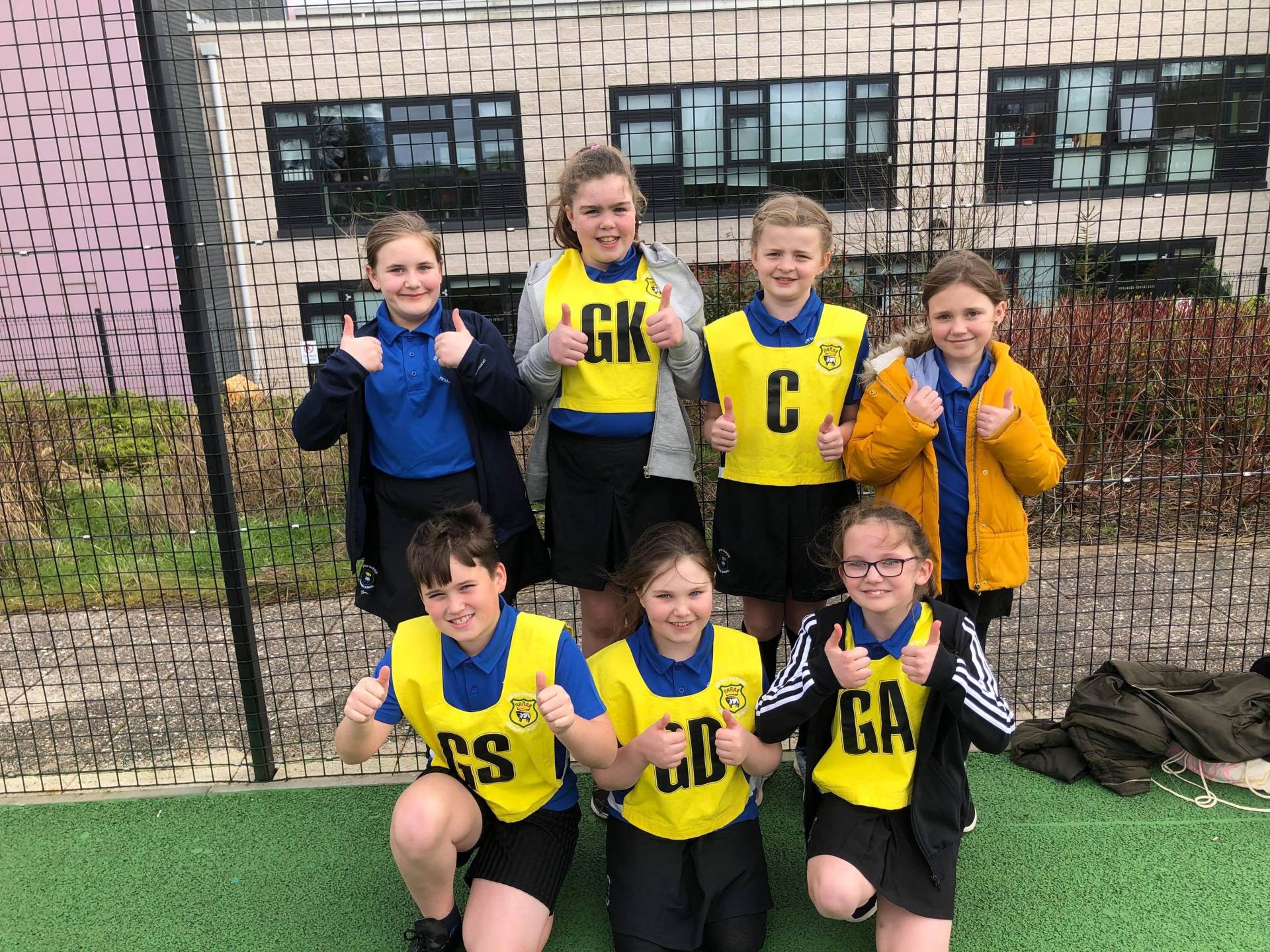 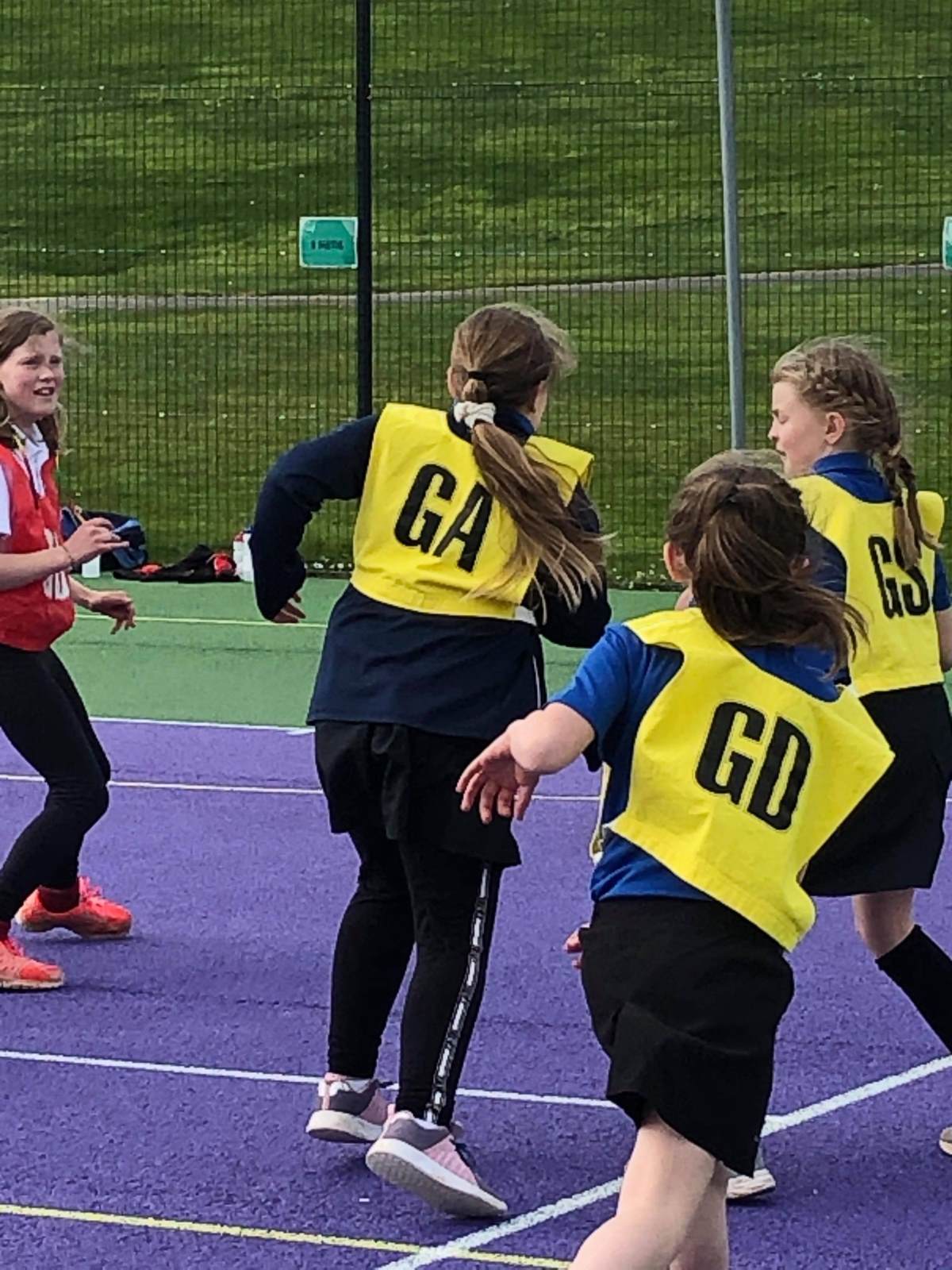 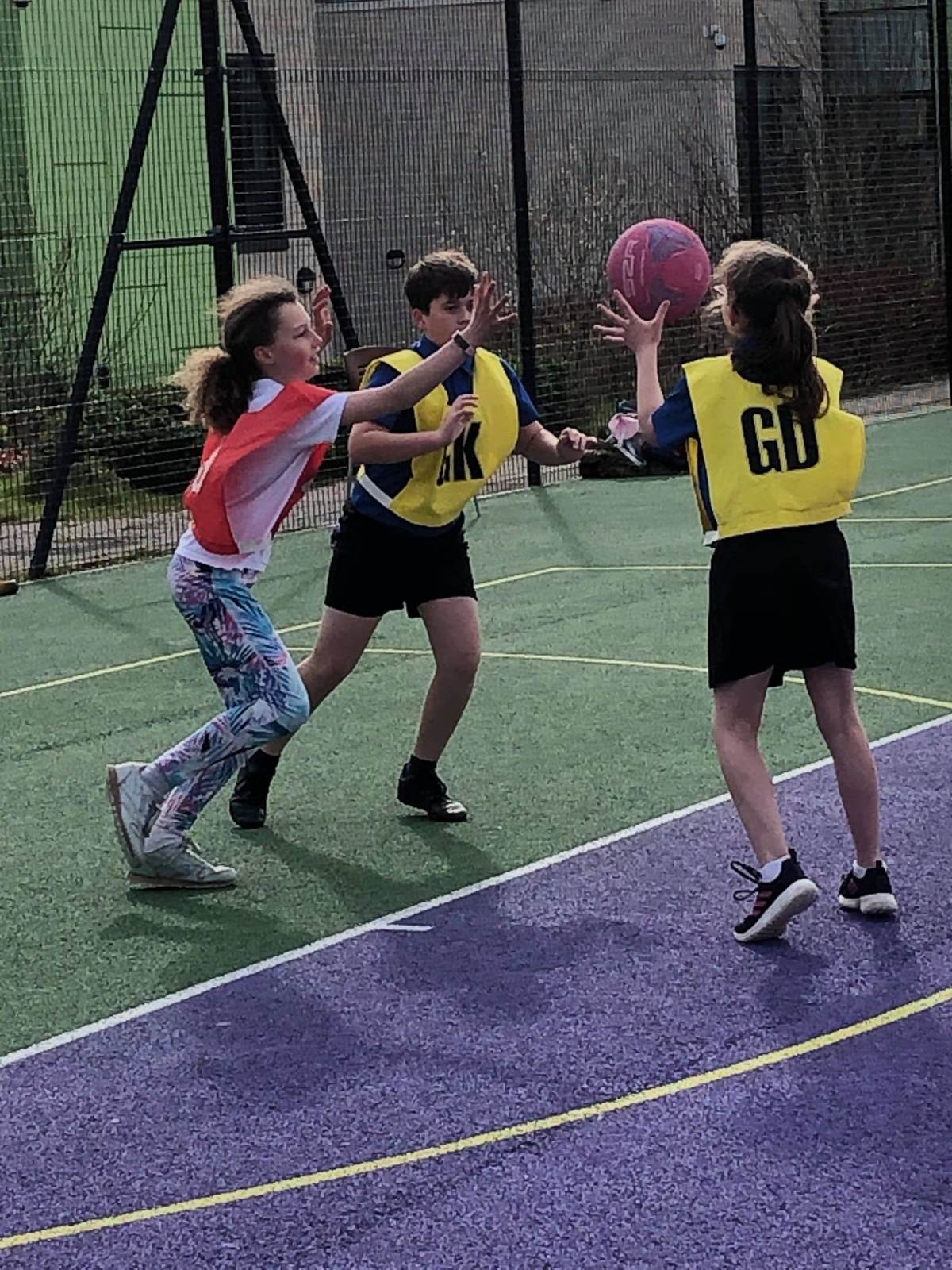 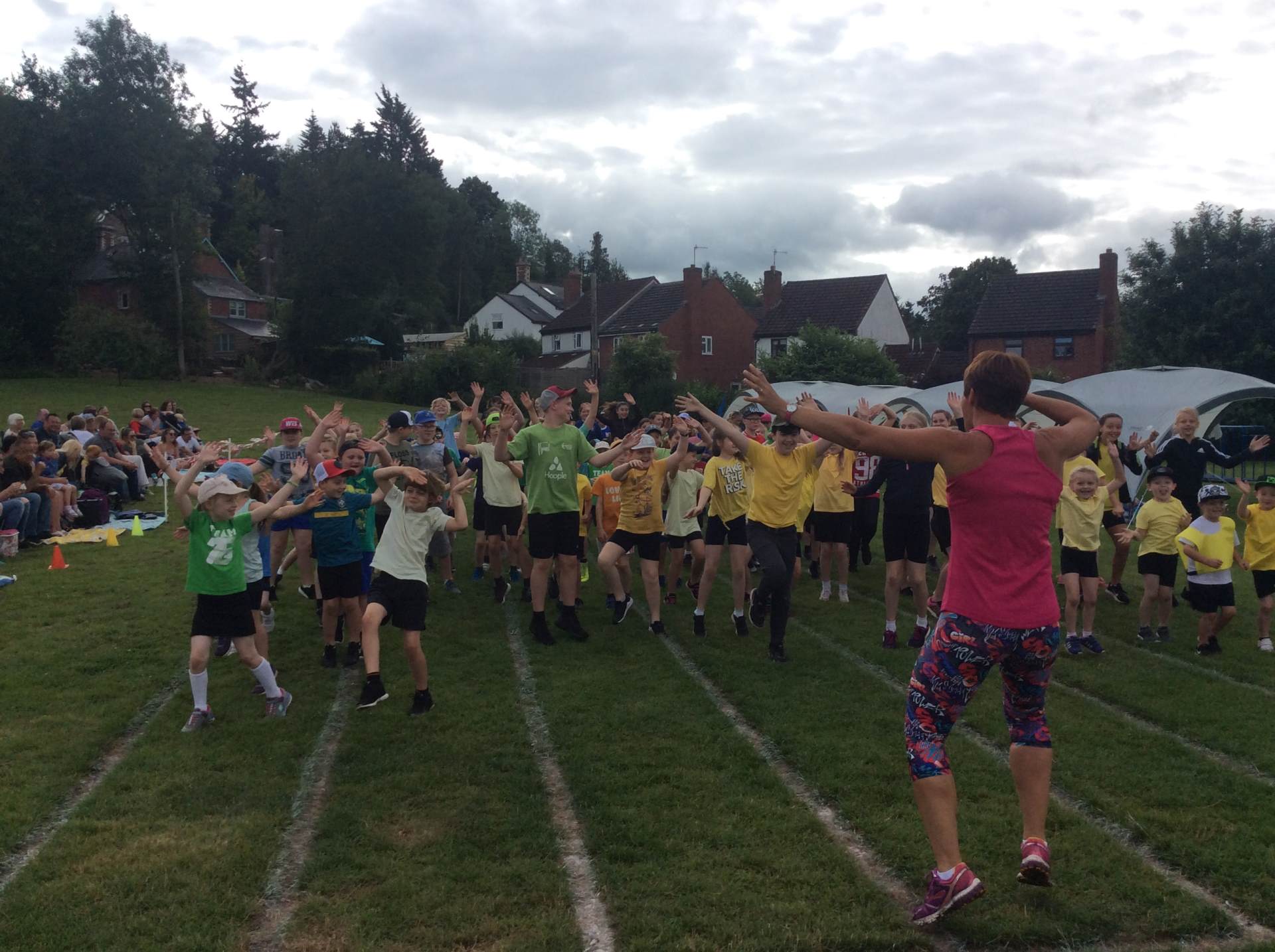 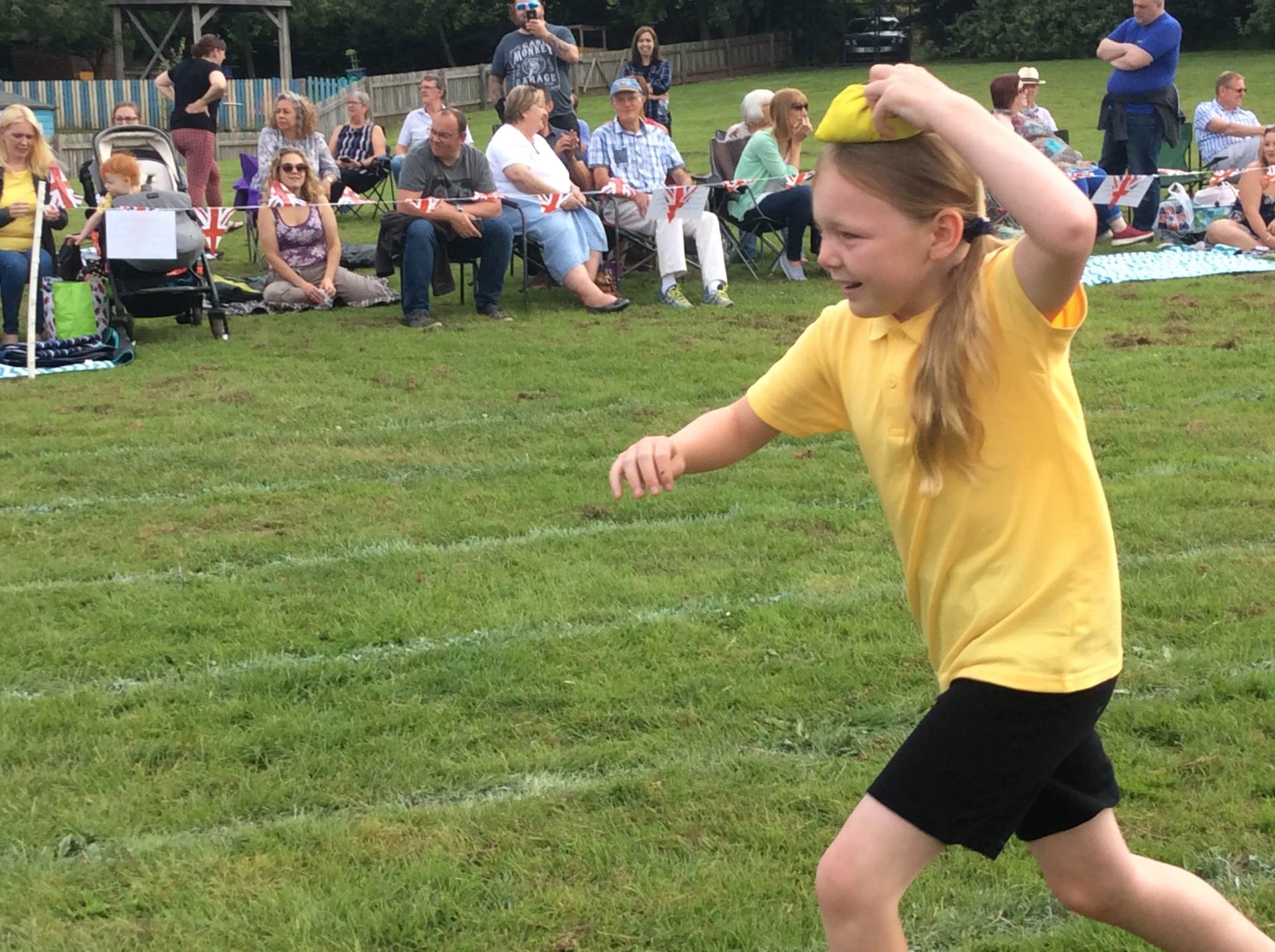 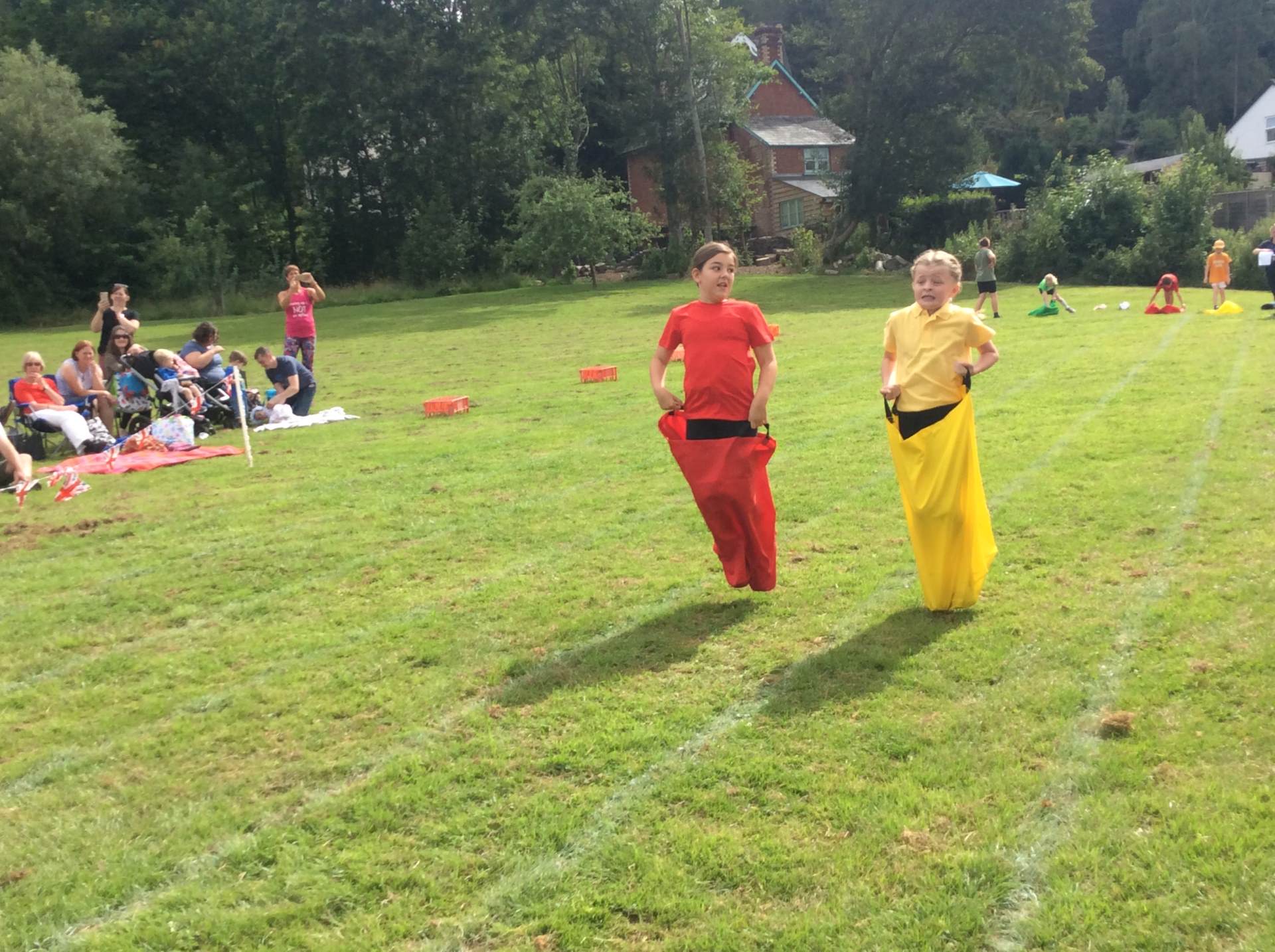 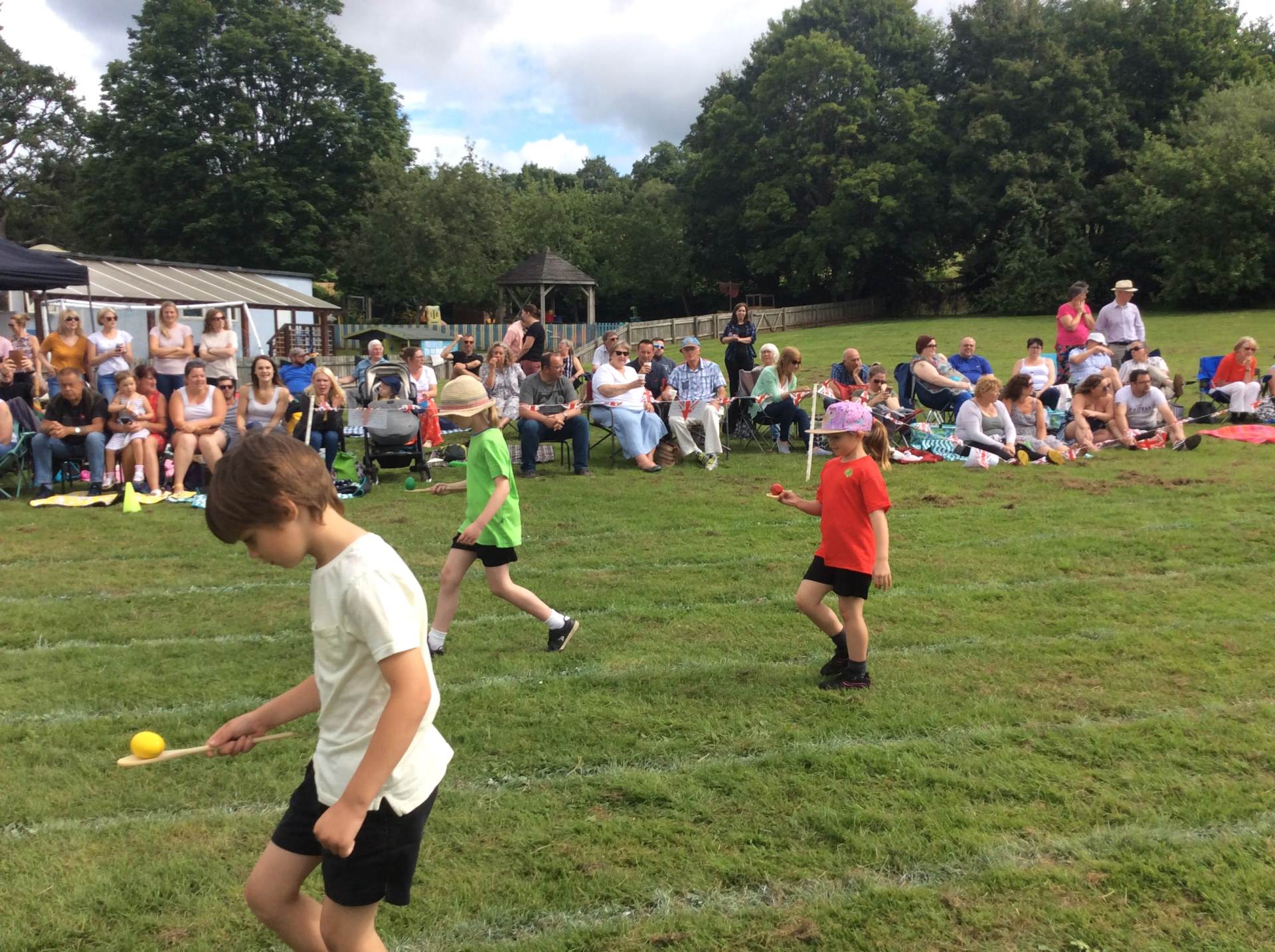 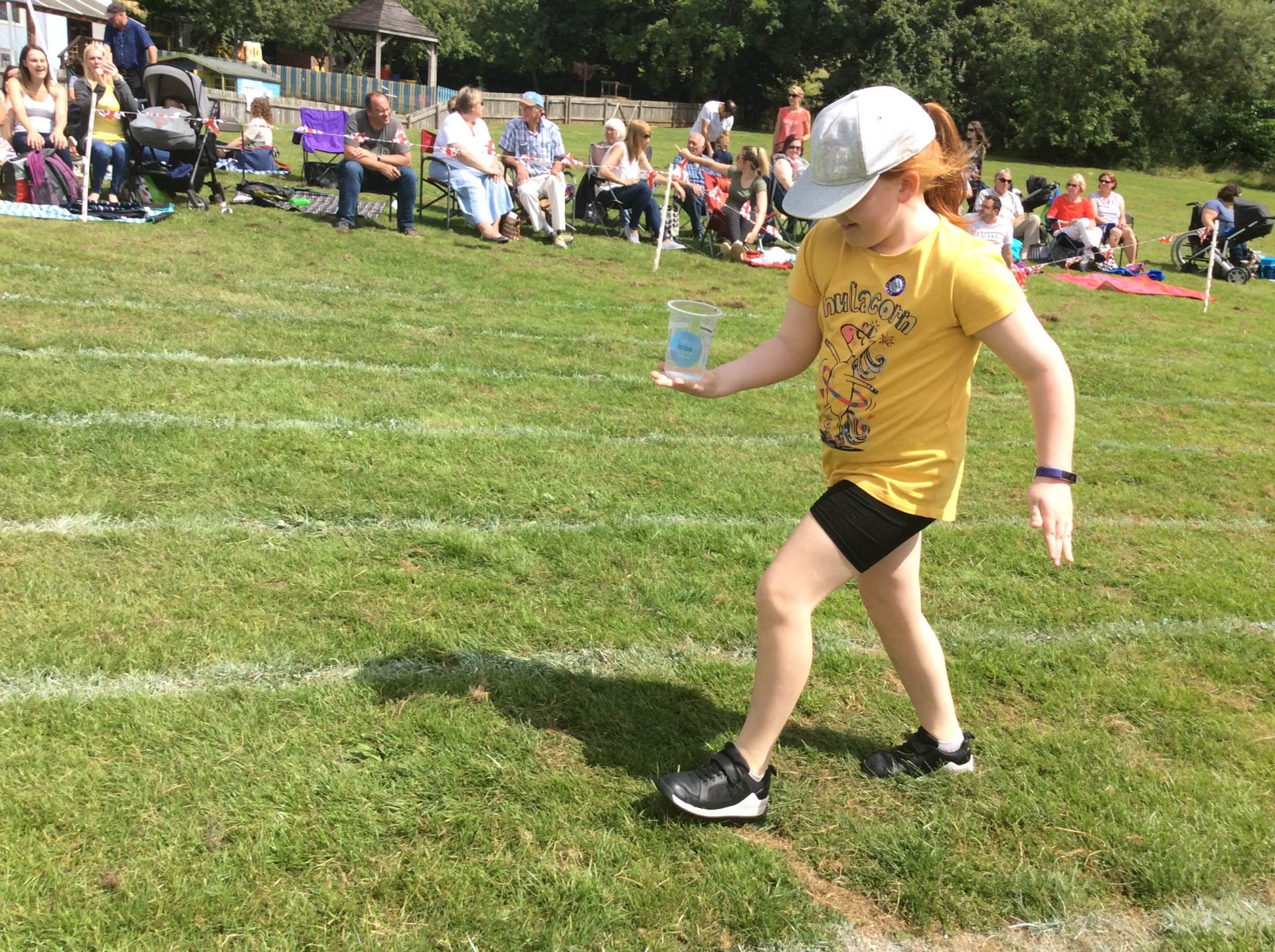 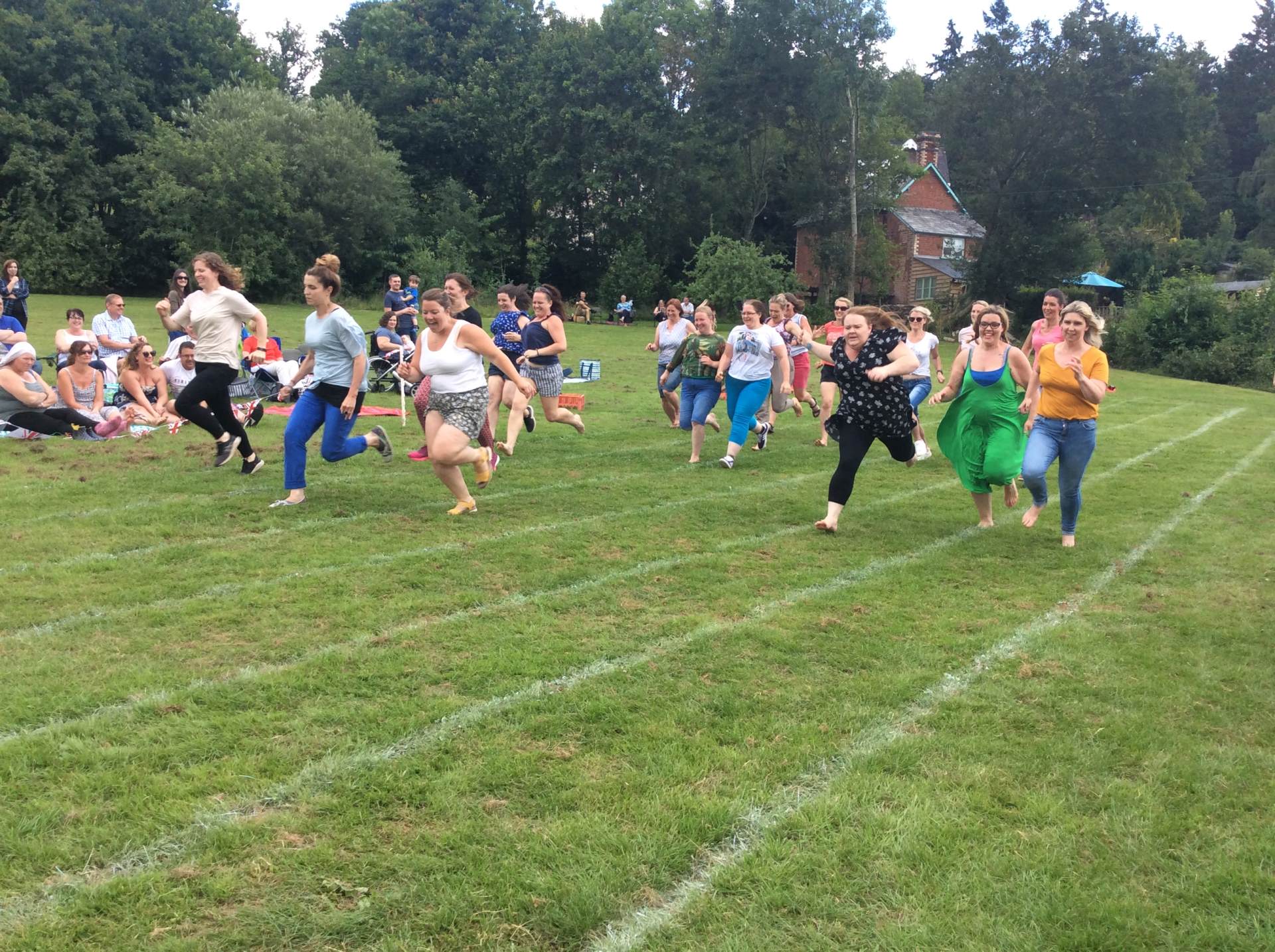 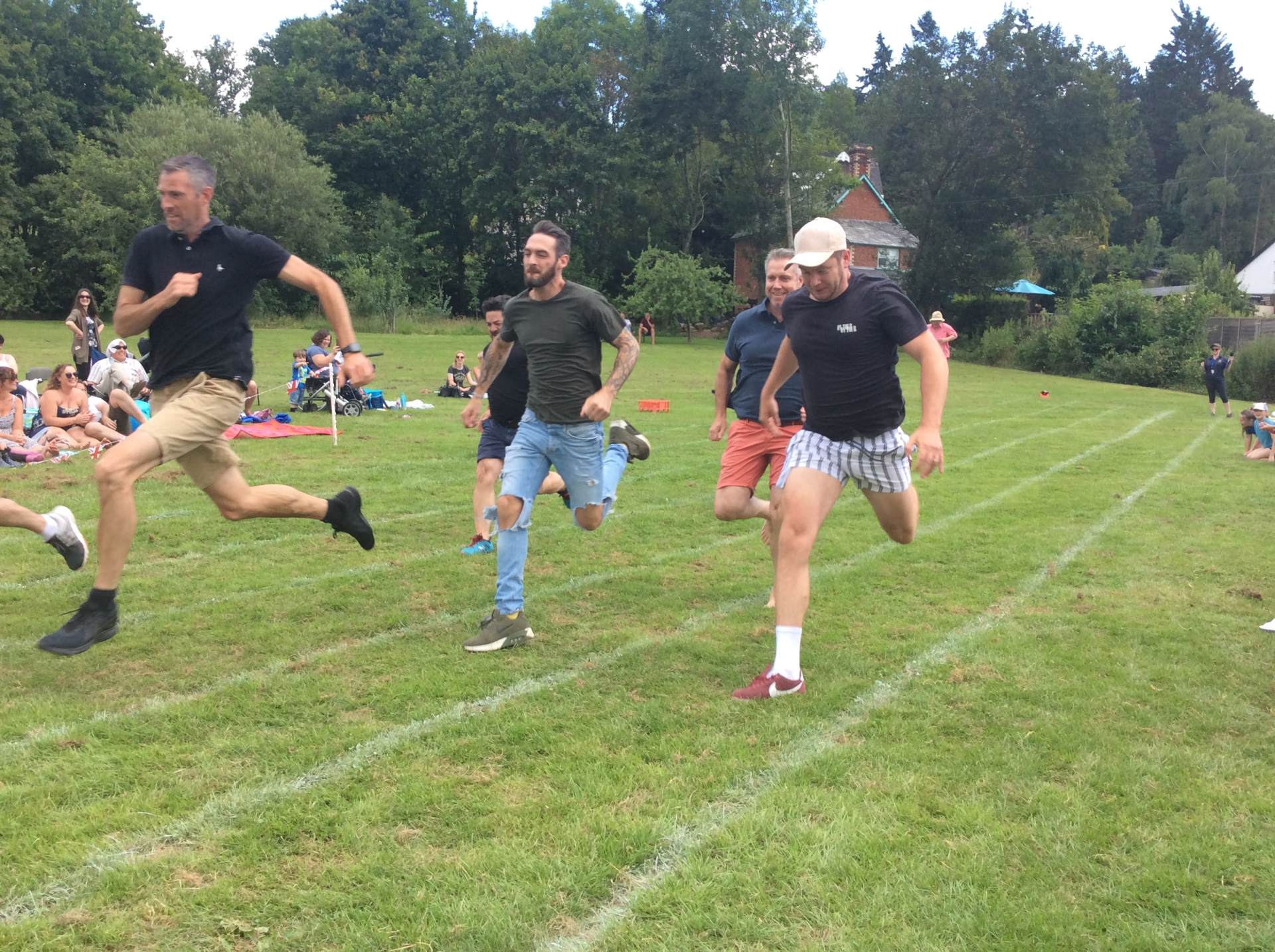 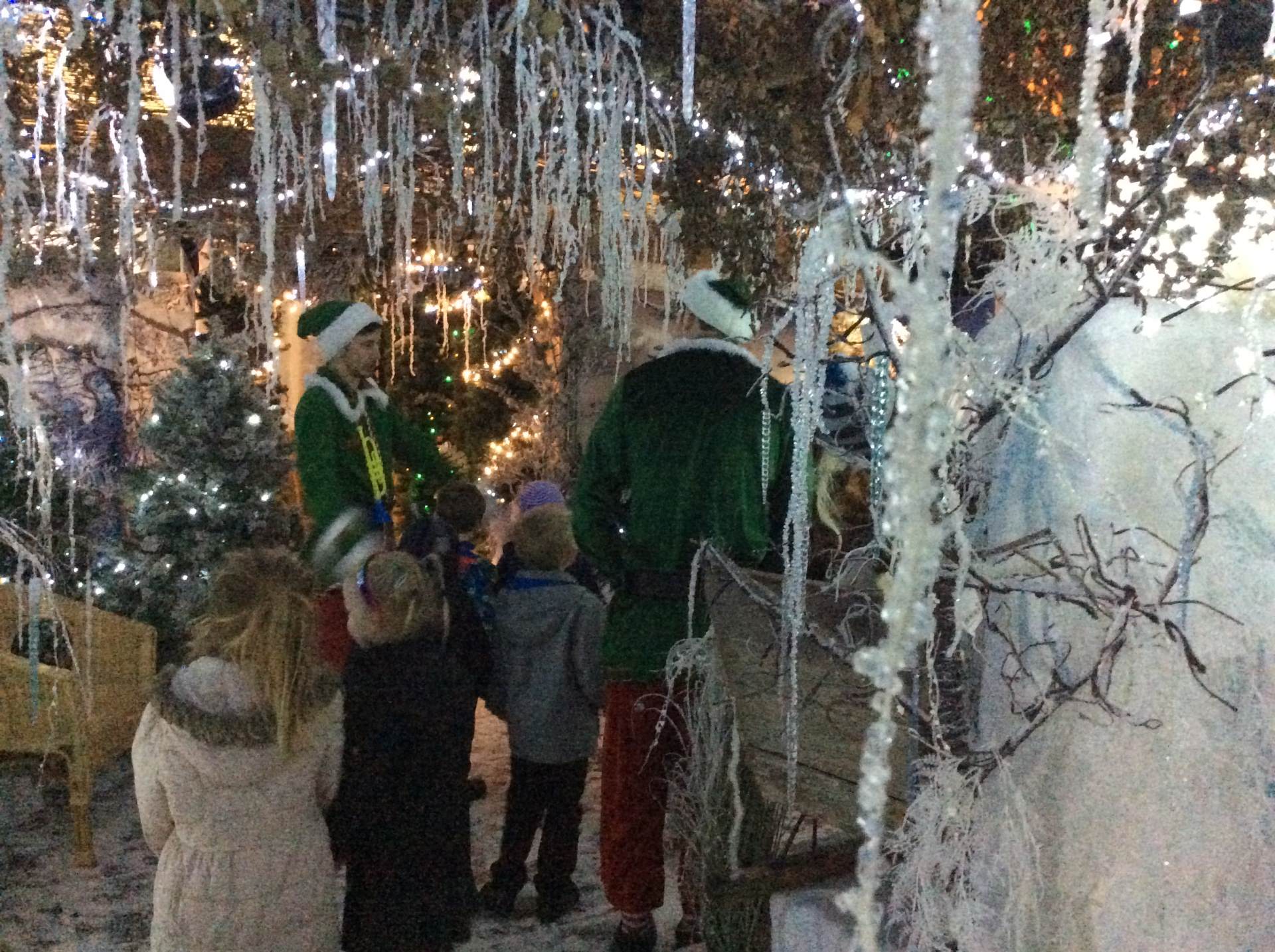 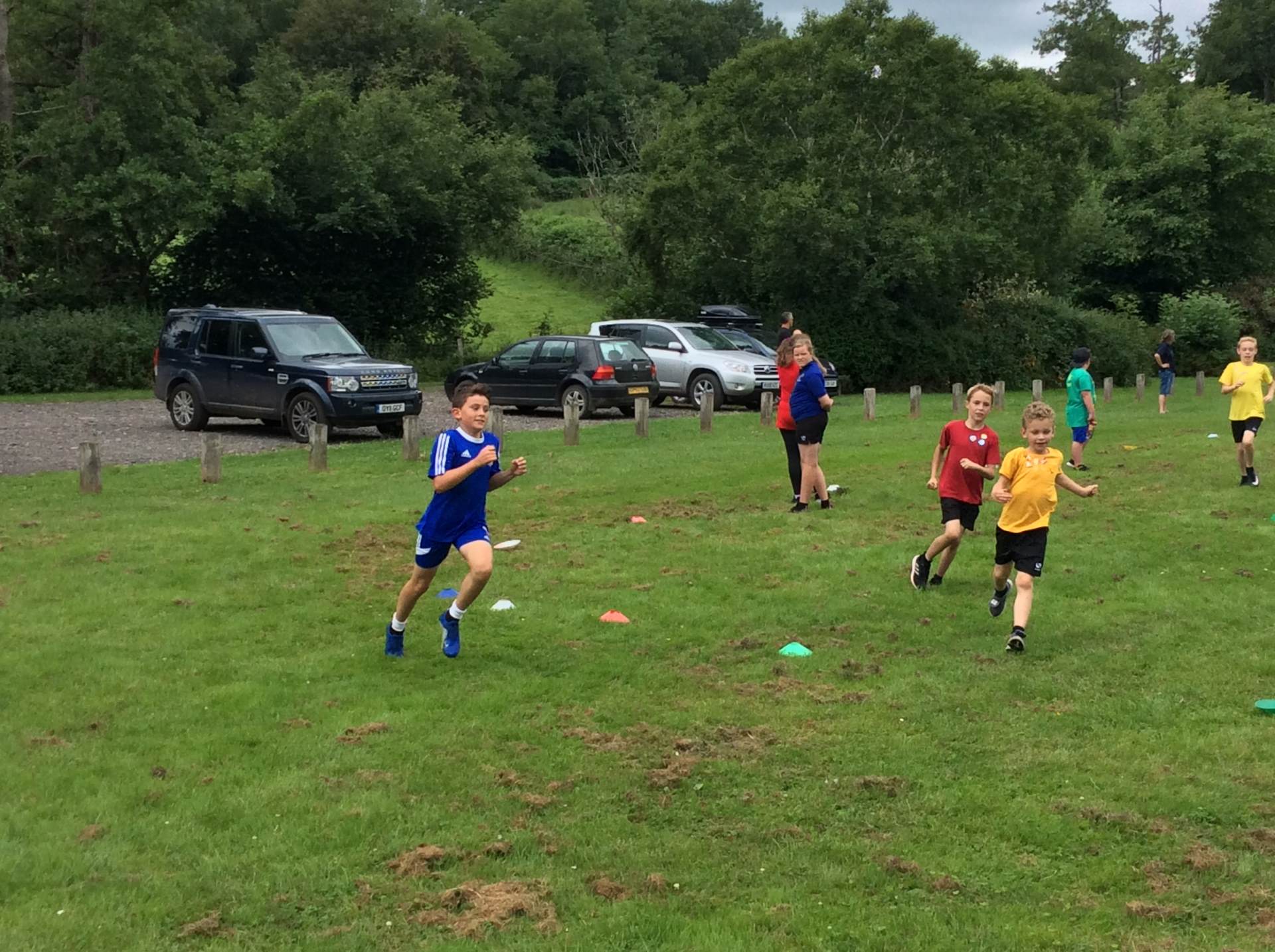 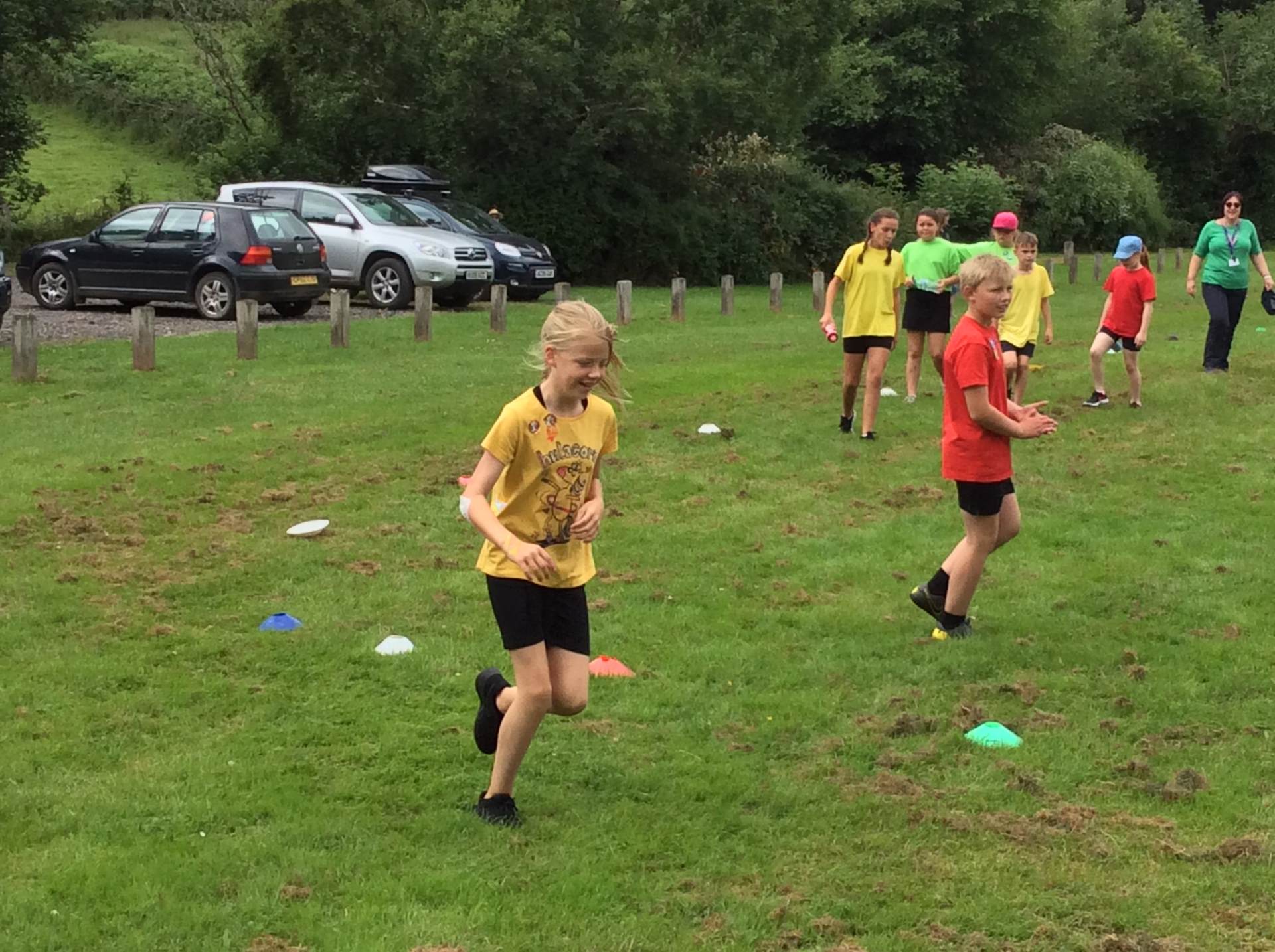 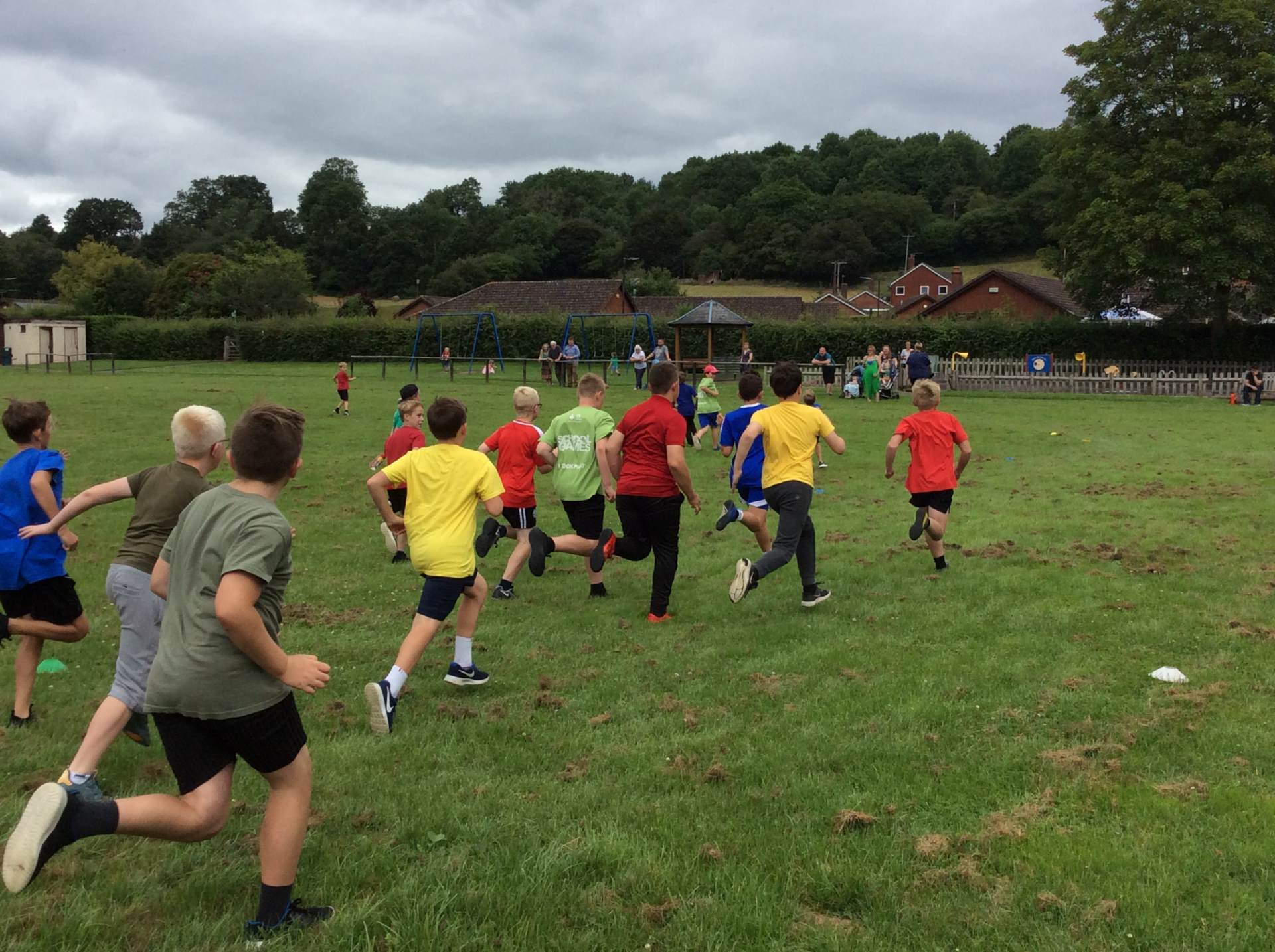 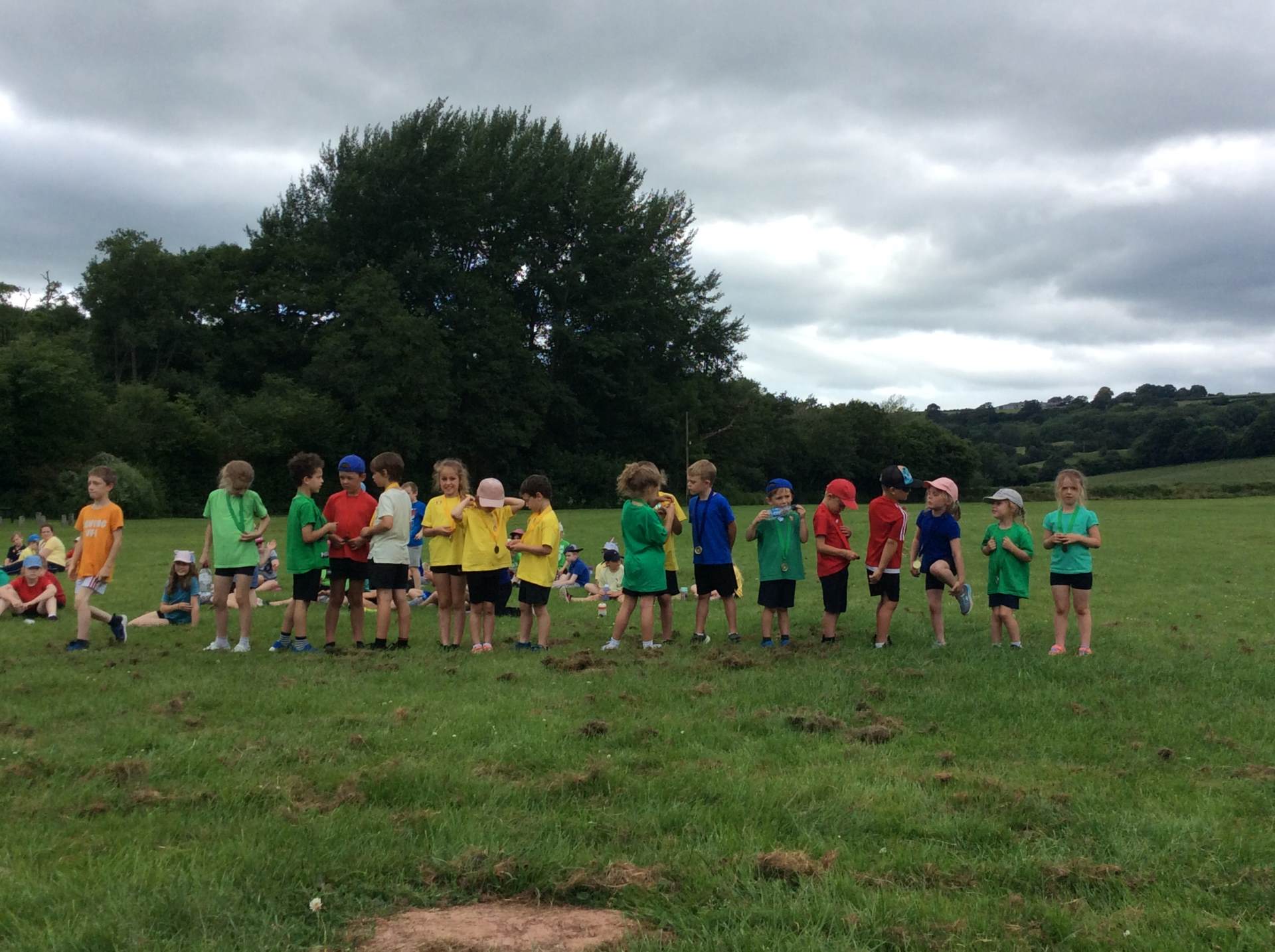 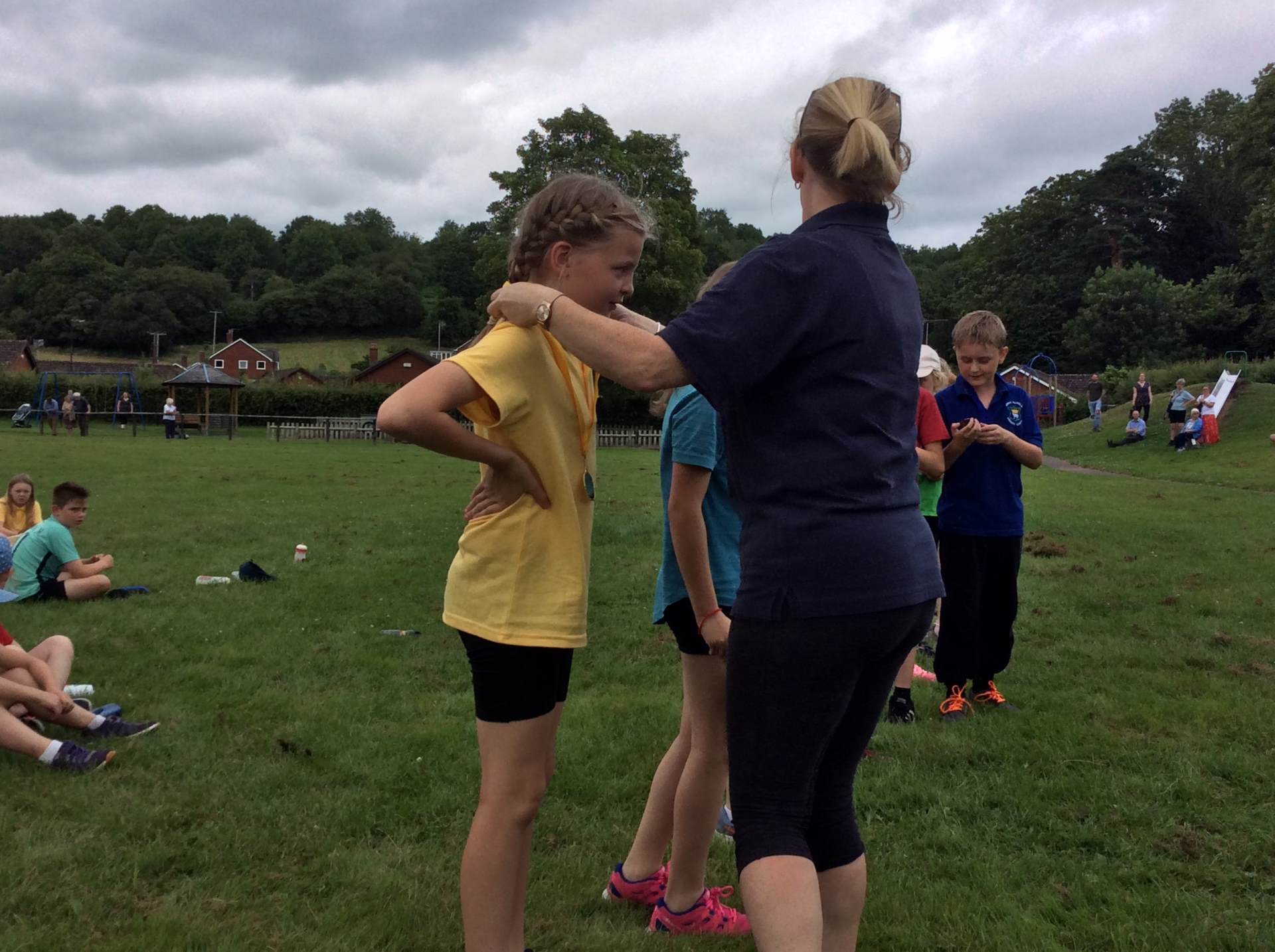 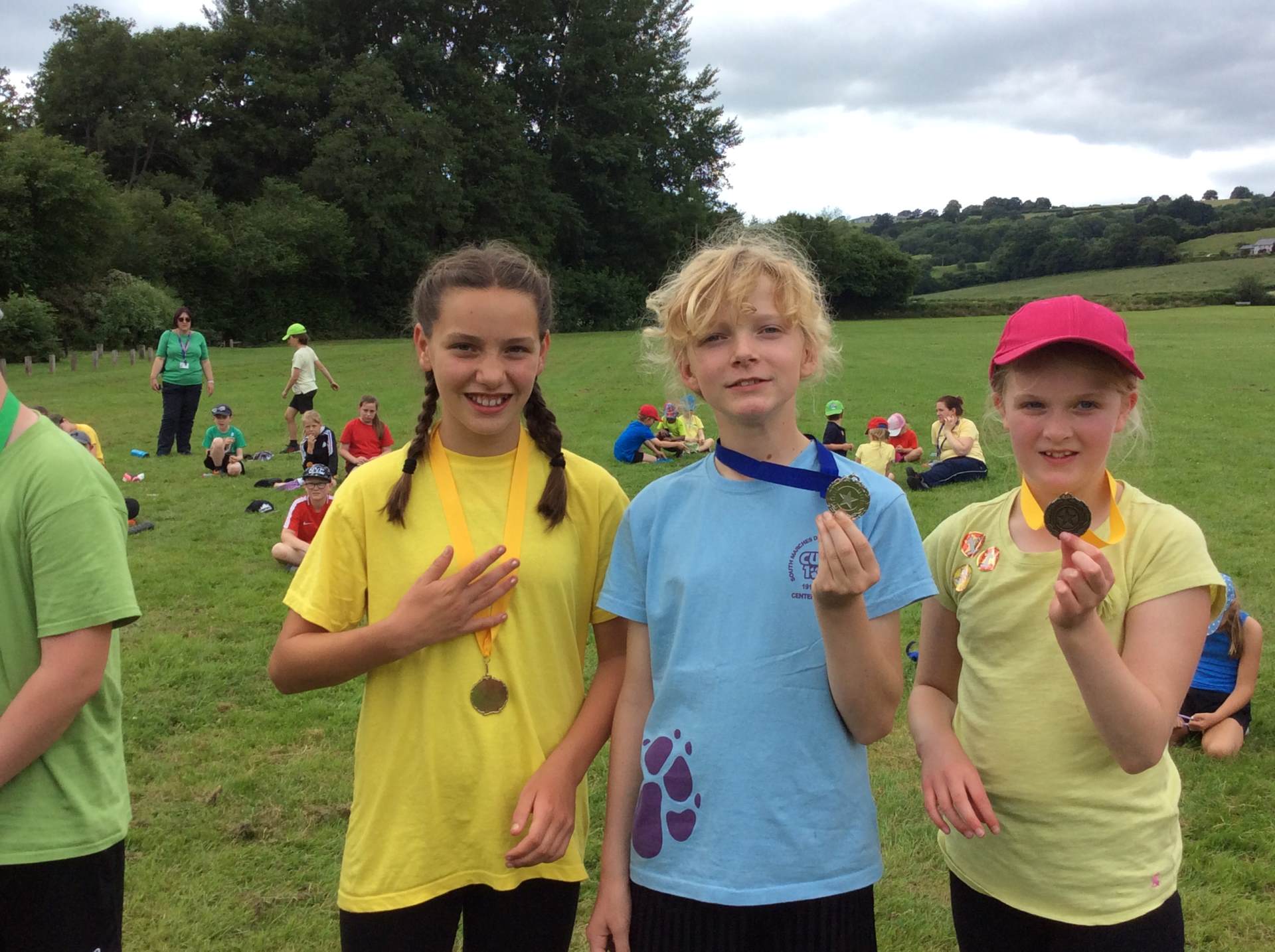 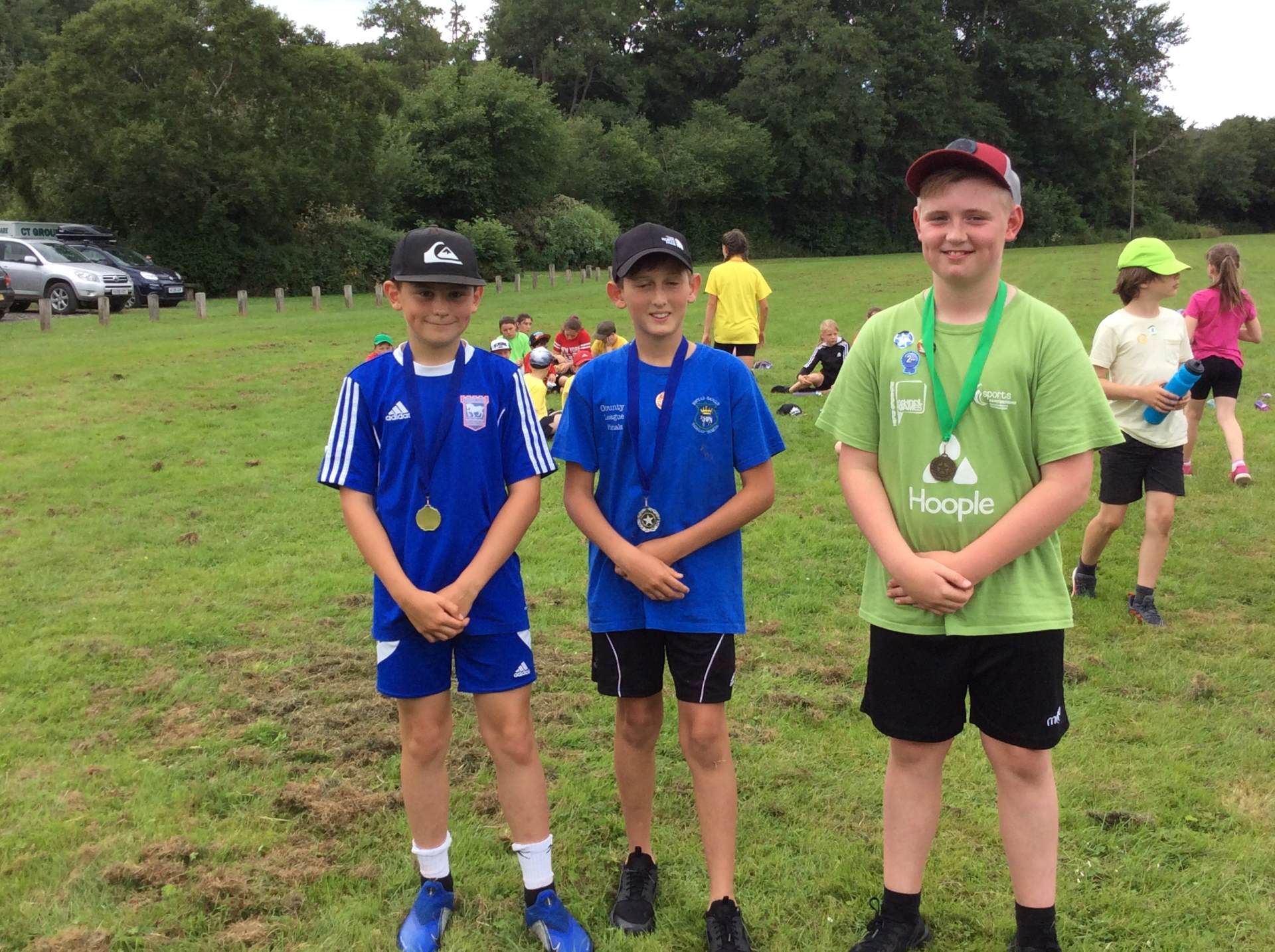 Our annual school sports day was a roaring success.  All the children participated in a number of different races and activities. We also saw a mum's and dad's sprint. Congratulations to the blue team who were the overall winners. All the children were fantastic and great team players.

In the afternoon the whole school took part in our cross country at Ewyas Harold playing fields.  It was a mild day and lots of parents came to show their support. All the children participated with class R and 2 running one lap and class 4 and 6 running a longer two laps! We were very proud of the children not only for their determination, positive attitudes and good behaviour, but also proud of their sportsmanship and support of the other children.

Thank you to the PTFA who sold refreshments and ice creams throughout, and to all those involved in the day, organising and supporting. Well done all! 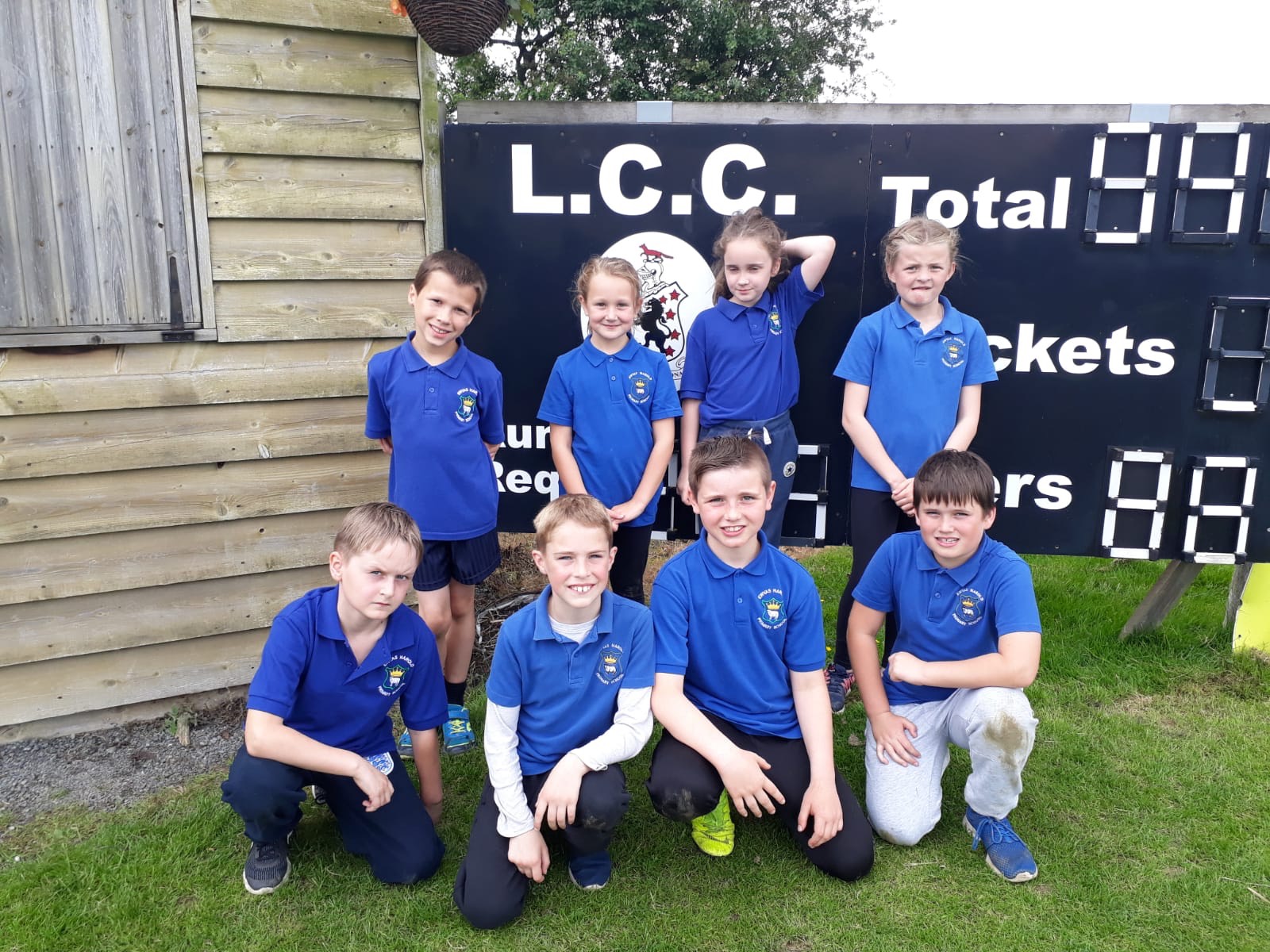 " When we got to Lucton School cricket field we did a bit of training - batting, fielding, bowling and wicket keeping. Then we played our first game - we won by one run against Eardisley. Then we played against Weobley and we beat them too. After that was the semi-final but we, unfortunately, lost that game. This meant that we came joint third in the competition. We had a great day and were really proud of ourselves". By F, M, M and L 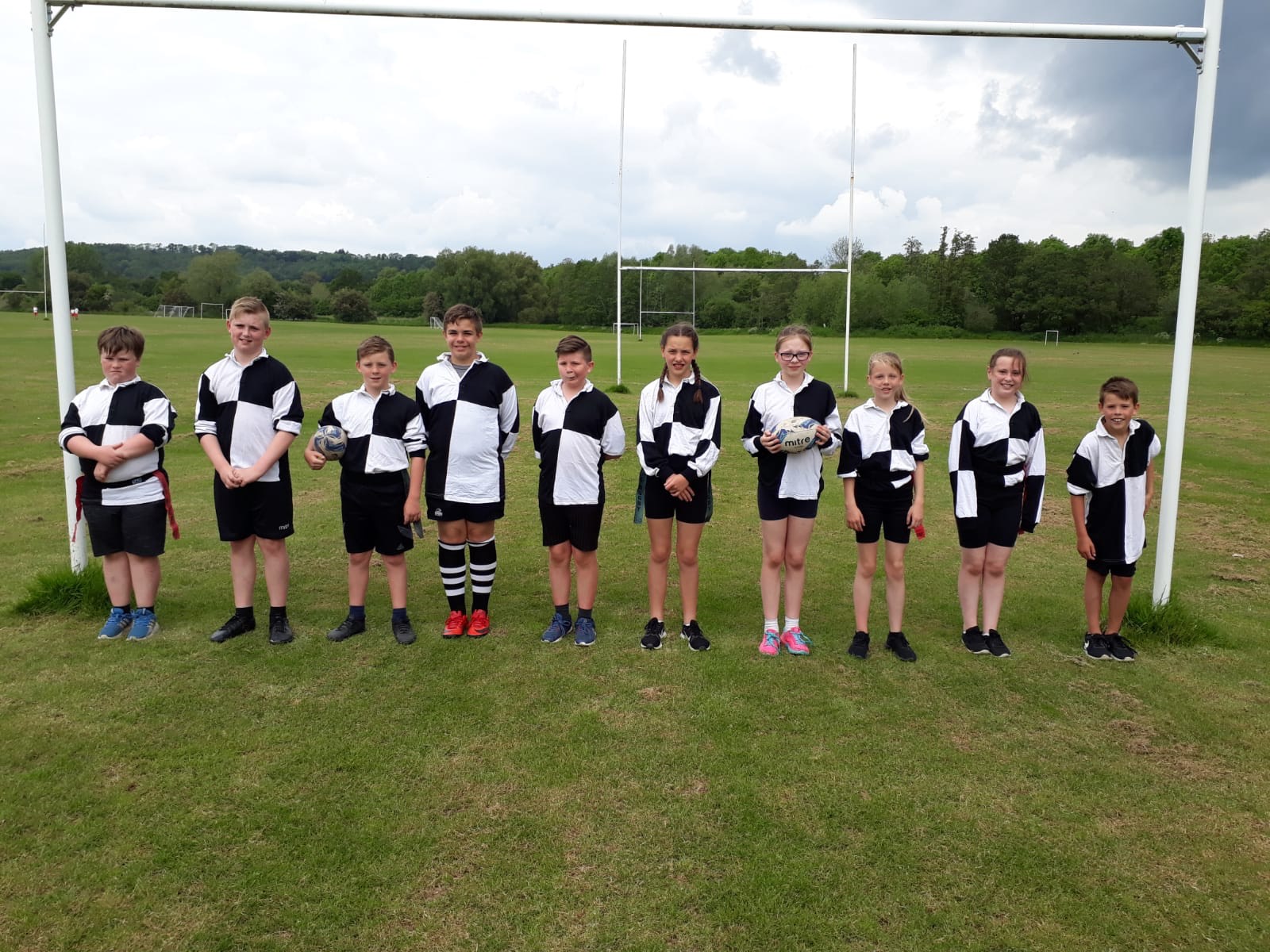 Huge congratulations to the boys from the Year 5/6 Football Team after their trip to Edgar Street. A valiant battle was fought but, unfortunately, the win wasn’t ours. The boys worked so hard to support and encourage each other throughout the match, we were exceptionally proud of each and every one of them

A huge thank you to the parents, friends, relatives, coaches and staff who supported the team. Well done boys! 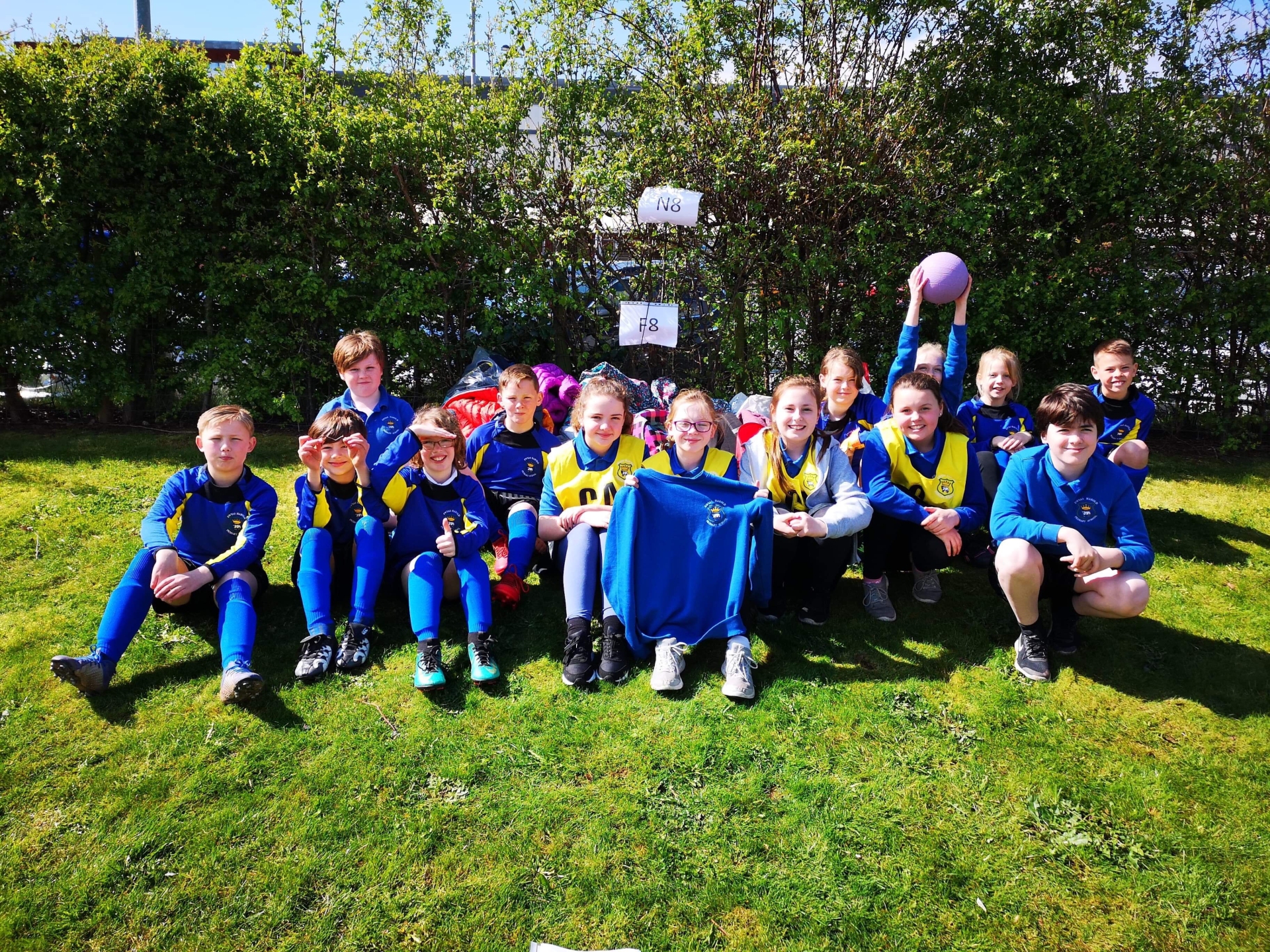 Another successful afternoon out at Hereford Sixth Form College this afternoon. The Football and Netball teams had an action packed afternoon competing against many different schools. The Netball Team won 2 matches and drew 2 matches; the Football Team won 4 matches and drew 1. Mrs Motley and Mrs Booth were most impressed by the maturity and attitude of all of the players who went this afternoon, remembering to thank the referees and cheering their opponents. Well done to all of you!

A huge congratulations to the Year 5/6 boys who showed teamwork, dedication and sheer talent to win the County South 9 A-side tournament held at the Ross Juniors ground today. The team played against Riverside, Madley, Much Birch and St. Mary's (Fownhope) with the scores being 2-1, 0-0, 4-0 and 2-0.

Our goal scorers were HR, JW, AP and C SJ, ably set up by a strong and supportive team. Mrs Chesworth reports that the play was 'utterly glorious' with the boys setting up clean lines and masterful technique.

The County final will now be played against Ledbury at Edgar Street on Tuesday 7th May with a 4:30pm kick-off. Ewyas have been drawn as the Home Team.

Cancelled due to a water-logged pitch. 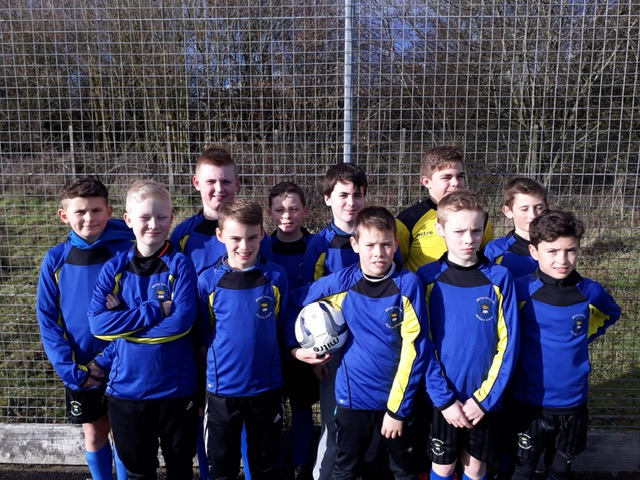 A huge well done to the boys for taking part in the Football Tournament in Leominster. They played with a superb attitude and made us all supremely proud! Playing Clifford in the first game, the score was 3-0 to us with Sam J, Harry M and Cam S-J being the goal scorers. Game two against Hampton Dene saw a 2-1 win to us with Harry R scoring both goals. The third game was played against Leominster with a narrow 1-0 defeat. This led to 3 teams being tied with the same number of points. After a goal difference and head to head adjudication we were, unfortunately, knocked out.

We are immensely proud of the teamwork that the boys displayed. They organised their own team talks and managed team substitutions for themselves. Well done boys, a great job!

Unfortunately this was cancelled due to bad weather.

Well done to all of the children who took part in this tournament. Netball is a growing sport at Ewyas Harold and the children's enthusiasm outshone some of the more 'seasoned' players. A super effort was made by all.

Well done to the children who took part in this tournament after bad weather caused it to be cancelled last year. The Years 1 and 2 had a thoroughly enjoyable afternoon developing their skills and starting to work as a team. Unfortunately we had no wins this afternoon, better luck next time!

A big Welcome Back after the Summer Holidays, we hope you're feeling fit, active and ready to move!

Swimming continues to be on a Tuesday afternoon. Class 6 will be enjoying their sessions this Autumn Term. We welcome back Dan from 'With The Ball' coaching who will be working with Class 6 and Reception on a Monday and Class 4 and Class 2 on a Tuesday.  Our own Mrs Smith will continue inspiring all with her endless energy whilst completing dance sessions with Class 2 on Thursdays. We also welcome Ryan from 'Dynamic Dance' who joins the Ewyas Harold sports team with his dance sessions on a Monday after school,

Sports Day took an eventful turn this year with the onset of torrential rain on the morning of the event! The earlier heatwave had led us to decide to have Sports Day in the morning, instead of the afternoon, as originally planned. As luck would have it the rain cleared up leaving us with a beautiful morning. The children then had a nail-biting morning of fun and excitement as they took part in races and cheered on their friends and family. A huge 'Congratulations' to all of the children and their grown ups who took part, with a special mention to Yellow House who were the overall winners. We'd also like to extend the 'Thank You' to the PTFA who, once again, were invaluable in their support.

Another action packed Summer of sporting events took place over the Summer Term. Many of the children had the opportunity to take part in inter-school tournaments - with football and netball being the main focus. Lots of fun (and success!) was had by all who took part.

A super day with our rugby players truly excelling themselves. The team had a fabulous morning where they played magnificently. This resulted in the team being placed in the higher group for the afternoon matches. Here they performed fabulously and were placed in the top third of the teams entered.

Cancelled due to heavy rainfall.

Today the whole year group had a super day out taking part in lots of different events.

Another super afternoon where the children played with enormous enthusiasm and sportsmanship.

The annual Ewyas Harold Duck Race, organised and ran by the PTFA was another huge success despite the rain!

What an exciting day we had in school today. The morning was taken up with the annual Ewyas Harold Great British Bake Off which culminated in a cake sale at playtime. The afternoon saw a lively and exciting carousel of events to burn off some energy!  Mrs Colwell encouraged the children to explore their spiritual side with some yoga, Mrs Smith exhausted the children with some very high impact dance moves, Miss Wolfe Murray was in charge of the outdoor circuits whilst Mrs Gething rounded the afternoon off with a little Zumba. All of the children took part with huge enthusiasm and had a fabulous day. Well done everybody!

Cross Country Event - unfortunately, due to unforeseen circumstances this will not be taking place this year. Hopefully it will return next year.

The team worked really hard in this tournament and came 4th in the plate competition.  Once again the team impressed all around with their super teamwork skills and their determination to do well. Fantastic result!

Due to the adverse weather conditions the Hockey element of the Winter Games has had to be postponed. This is due to be rescheduled after half term.

Mrs Chesworth was extra proud of how the boys pulled together and supported each other throughout each of their games. Well done Boys!

All of the girls have to be praised for their grit and determination during soggy, wet and cold conditions.

Unfortunately, this afternoon they were outclassed by some of the other teams, but look forward to honing their skills in the coming weeks.

Well done girls, you have lots to be proud of!